An Evening with Dan Egan 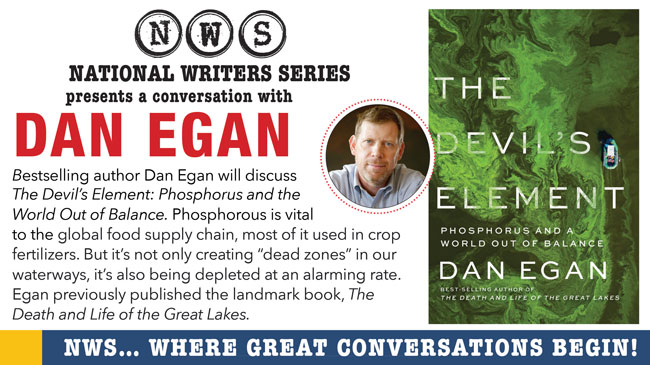 Meet journalist and New York Times best-selling author Dan Egan, who will talk about the alarming decline of phosphorus, the key component of not only deadly products (like rat poison), but also chemical fertilizer, which has sustained life for billions of people. He reports on how our over-reliance on phosphorus is causing toxic “dead zones” in waterways from the Florida Everglades to the Mississippi River Basin to the Great Lakes and beyond. Guest host is Patrick Shea of IPR.

Doors open at 6 .pm. with live music and a cash bar. The event starts at 7 p.m., followed by a book signing.