An Evening with Nina Totenberg 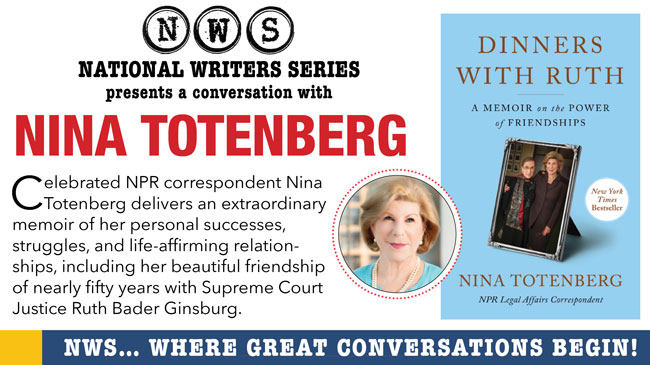 Doors open at 6pm for a reception with April Baer. Each ticket comes with Nina’s hardcover book, Dinners with Ruth, which can be shipped to you, picked up at the event February 10, or picked up at Horizon Books! The event starts at 7pm.