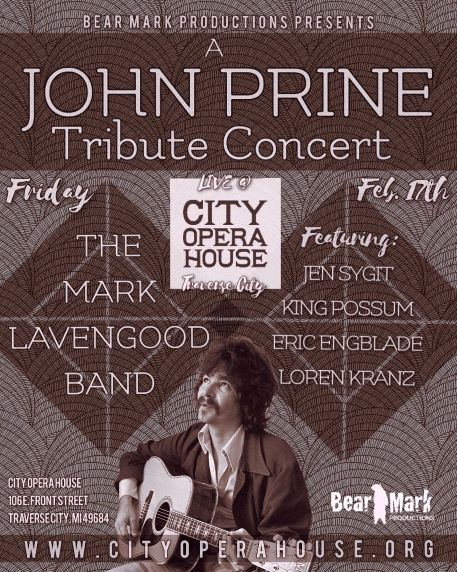 The John Prine Tribute will begin with a solo set by Lansing-based songbird Jen Sygit and will be followed up by a full band set with Mark Lavengood at the helm and members of King Possum, Loren Kranz & Eric Engblade filling out the sound. This will be Lavengood's 7th year promoting John Prine Tribute Shows.

John Prine is regarded as one of the most quintessential, modern, American songwriters to have ever done it. His music describes the commonalities behind our collective humanity that engage the listener to see both sides of the coin without reacting with any predisposition.